Our Lady of the Rockies

“Everything we asked of Mary up there, we got,” said Jim Keane, one of the builders.

Our Lady of the Rockies is a 90-foot tall statue that was built to resemble Mary, Mother of Jesus. However, the statue is dedicated to all women– regardless of religion or beliefs. First imagined by Butte-native Bob O’Bill, Our Lady was born out of love for his wife, who was diagnosed with cancer. Bill decided he would build a statue of Our Lady of Guadalupe if his wife survived– and she did. So, Bill began the project to build this monumental statue. The statue was largely constructed using donations of money, materials, and labour from the local community. What that community lacked in economic wealth, it made up for in generosity. Virtually every piece of the project was donated: the land on top of the East Ridge, the heavy machinery needed to cut a road up the mountain itself, the cement base for the statue, and (most of all) the labour. Work on the project began in December of 1979 and finished six years later, on December 17, 1985. Standing 8,500 feet above sea level on private land, Our Lady is the third largest statue in the United States. She weighs over 80 tons and is made out of steel. The statue’s hands alone are each eight feet long.

Our Lady of the Rockies, pray for us! 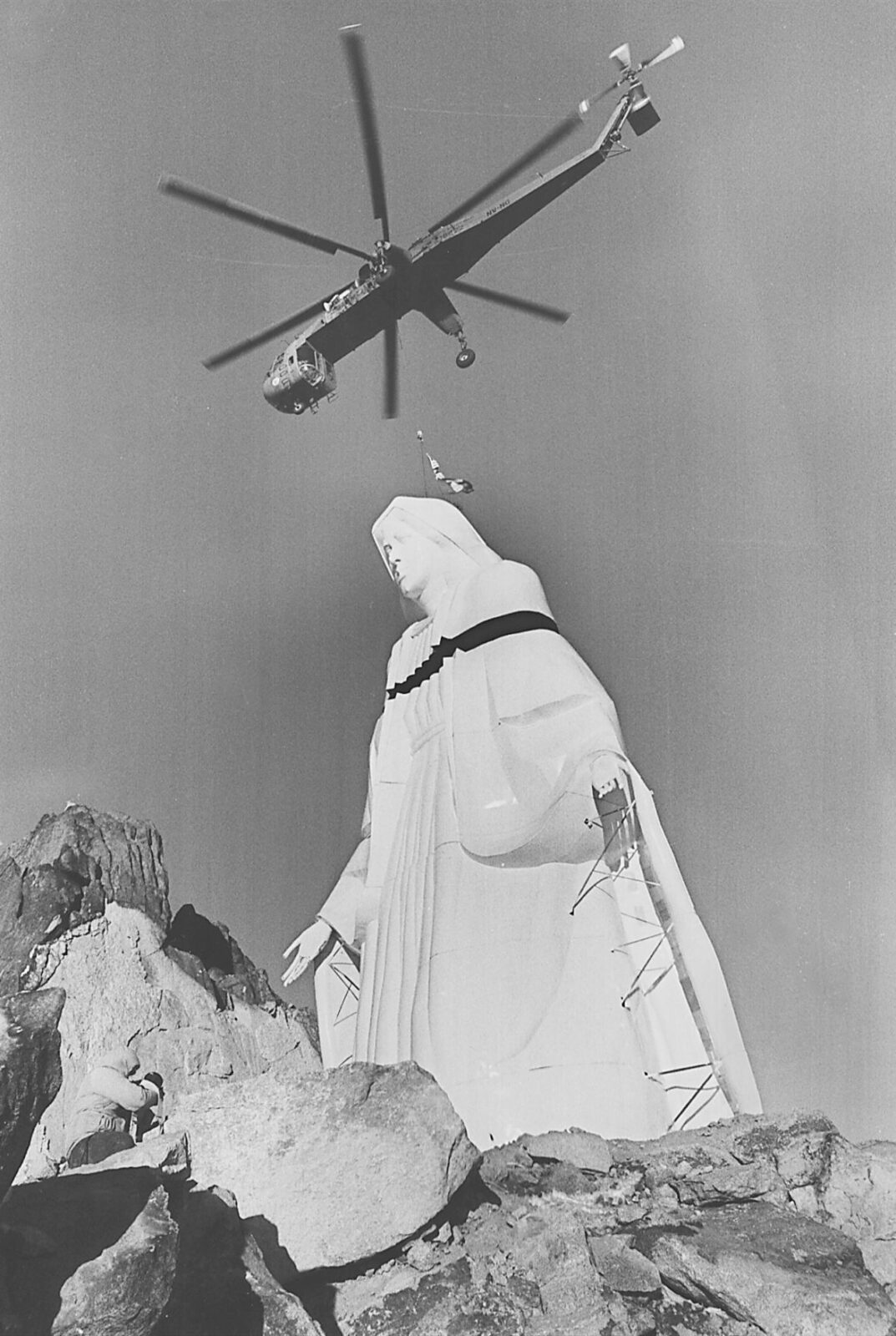 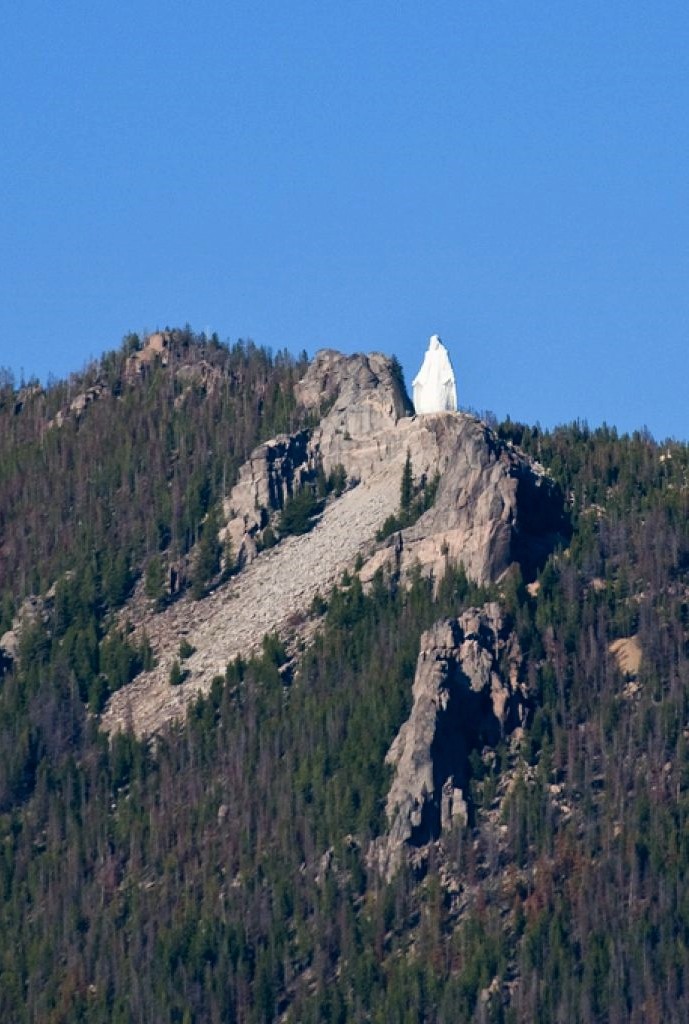